Given the depth behind the science of Synergetic Play Therapy, it may be hard to explain it in a simple way, and do it justice while giving you a summary of the service. And I wouldn’t want to use ‘therapist speak’ that may not mean much to you. However, since this form of play therapy goes a lot smoother when the parent is involved, it’s important to me that you understand the philosophy and science behind it.

And so, I will make an attempt at that here, though I do invite you to ask me more questions during a free, 15-minute phone consultation, if you’re curious.

When you child is in need of therapy, based on common symptoms listed here, we assume the ‘root’ of the problem is a dysregulated nervous system.

The reason for the symptoms of the dysregulated nervous system are that, as a human, your child is falling into what’s typically known as the ‘fight or flight’ (hyper arousal) or ‘freeze or fall asleep’ (hypo arousal) responses.  It’s very challenging to face the emotions surrounding a trauma.  So our body protects us by having a nervous system that could respond in either of these two ways.

These types of responses, in neuroscience, are called hypo arousals, or hyper arousals.

Hypo arousals include behavioural responses that ‘paralyse’ or isolate us. In extreme situations, they can make us dissociate. In children think: fatigue, appearing lifeless, not wanting to be around other kids, depression, not expressing emotions, lack of motivation to do anything, etc.

Hyper arousals involve behaviours that may get overwhelming for ourselves AND others. In children think: being highly irritable, unable to control bouts of rage, excessive motoric activity, incessant screaming to get what they want NOW, difficulty focusing, rough play that can hurt themselves or others.

Of course, the lists go on. But these are just to give you an idea of how our bodies respond to hypo and hyper arousals. I don’t want you to get scared by these so called symptoms.  They are simply ways to say ‘I need help.’ So your child may not be a mysterious ‘problem child’ after all. They may just need help ‘escaping’ their dysregulated nervous system.

So how do we bring them back to a regulated mood and nervous system?

Understanding how Synergetic Play Therapy is carried out, and why

We all have mirror neurons in our brain. They enable us to pick up the intentions of others. As humans (not counting special cases involving conditions like Asperger’s), we have the ability to pick up on others’ perceptions, feelings, thoughts, and body sensations. Some scientists think that our mirror neurons are partially responsible for empathy.

If, in our play therapy sessions, your child’s mirror neurons are sensing that I don’t truly mean what I say or how I act, their nervous system will tell them I’m ‘not safe’ to trust. They will thus not be open to being their true self around me. But we need them to ‘let down their guard’ for therapy to work.

When trust is established between the child and the play therapist, the child inherently knows how to communicate information about what’s going on within them internally. This comes into play at critical moments during play therapy sessions when your child begins to face their emotional challenges. As a Synergetic Play Therapist, I need to help your child stay in that challenge, and not ‘escape’ internally to their ‘fight or flight’ or ‘freeze or fall asleep’ mode. They are less likely to do this if I stop being ‘in tune’ with them, and instead start teaching them about how they should behave from now on, for example.

At these integral times, the child needs to, instead, hear their play therapist verbalize the thoughts, feelings and body sensations they’re experiencing. This happens through the use of the play therapist’s own mirror neurons. The impact of having someone else not only witness and observe a child’s challenging experiences, but also feel them energetically, emotionally, and in the body, as well as being able to name them, is what makes the healing happen faster.

When we stay in that uncomfortable place emotionally, right there and then, we can work on strategies that can induce long-term healing, and not just short-term healing. The child needs to understand they can ‘survive’ the emotional ‘threat’ they feel when they are in either the ‘fight or flight’ or the ‘freeze or fall asleep’ modes. Not only that, they can overcome it.

While being ‘in the moment,’ the therapist, without explaining what they’re doing, might start breathing deeply, shaking their hands to release tension, or stomp their feet to feel more grounded. The therapist becomes a model (not a teller) of alternative ways to stay calm and regulated (as opposed to screaming, crying, being anti-social, etc.). The child picks up on this, whether or not they realize it (remember, mirror neurons are always active inside us!). They then emulate those strategies of coping on their own.

Soon, it’s as if the child’s nervous system starts saying, “it wasn’t such a life and death kind of situation after all.” Whatever traumas or difficult events that were bothering them and were ‘stuck’ in their brain, gradually get taken in as ‘regular’ memories (and not negative ones). The nervous system starts to calm down and regulate itself more and more. Over time, new neural patterns in your child’s brain will be entrained. Those new neural pathways will counter the dysfunctional ones established when your child experienced challenges or traumas.

Knowing and accepting of the self

The other observable result of Synergetic Play Therapy is that children experience what is termed “attachment to self.” What this means is that, as a person, they come to ‘know’ themselves in a deeper way than before therapy began.  At this stage, they know what it is they need to get through their frustrating moments. Maybe they need to lie down, or go play another game. The realization can prevent their defenses from going up, resulting in the hypo and hyper arousals mentioned above.

When children have come to know themselves, they also accept themselves for who they are (and not what others think they should be). For example, a child may realize, in their own little way, “Mommy and daddy love me for who I am. Sometimes I don’t get along with my siblings, but my parents love them too. I am the oldest. I get to be responsible, and be a pattern to my siblings. This has pros and cons for me as a seven year old. This is life as I know it. I accept it.”

It is when these types of realizations happen that the child feels confident about themselves and their surroundings.  In this way, they are then able to genuinely relate with other human beings.  They know how to empathize and sympathize with others as a result.  They will be able to communicate verbally in a clear manner, think clearly and logically, feel more ‘in the body,’ and display a wide range of emotional expressions.  The list goes on.

Of course, as promising as this all sounds, the work doesn’t stop there. What follows are the critical steps to further empower your child to make long-term behavioural changes. That’s where you come in as the caregiver of your child.

“Every problem is an opportunity to learn and to love.”

Do you have questions about family therapy?

I've got answers! You can find the most common information parents want to know on my FAQ page. 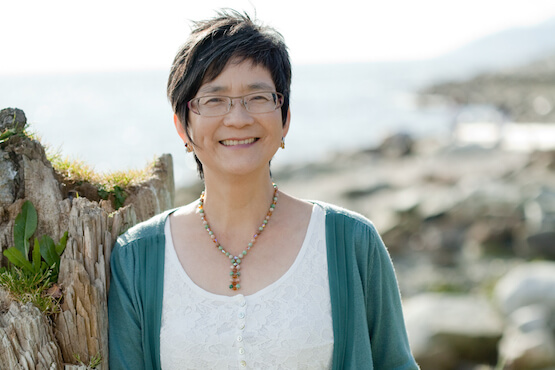 I have been determined, as a clinical family therapist, to ensure families create an environment at home that isn’t just livable, but enjoyable. My practice began over 20 years ago when I completed my Masters of Education in Counselling Psychology at UBC. Being a Registered Clinical Counsellor … END_OF_DOCUMENT_TOKEN_TO_BE_REPLACED

I am a member of:

Take advantage of a free 15-minute phone consultation session. We'll discuss whether my therapy services are a fit for your child or family.

I gratefully acknowledge that I live, work, and play on the unceded traditional territories of the Musqueam, Squamish, and Tsleil-Waututh peoples.